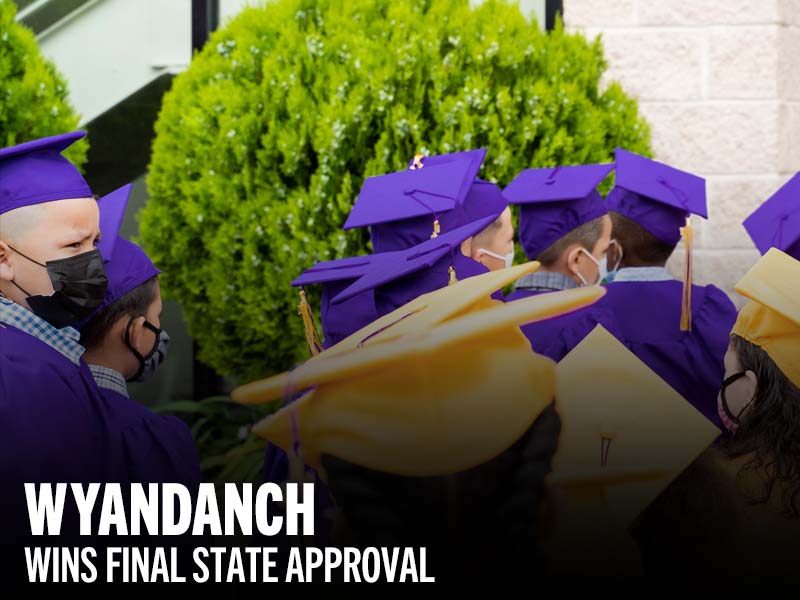 Charter schools for Central Islip and Wyandanch won final state approval, in a move that could greatly expand the reach of public academies that are tuition-free and independently run in parts of Suffolk County. Both the South Shore Charter School in Central Islip and the Academy Charter School in Wyandanch will open next fall with primary grades, then expand to grades K-5 or K-6, respectively, within five years, charter school managers have said. State University of New York officials, who handle charter applications, noted at an online meeting that fewer than 30% of students in the Central Islip and Wyandanch school districts scored as proficient on state English and math tests given in 2019. Those analysts have concluded that charter school managers can promote better student performance, given their successful track record at other schools.

“The Academy is committed to bridging the wide educational gap that exists in some of our communities,” said Bishop Barrington Goldson, founder and chief executive of the Academy Charter School, in a statement issued after the vote. “We are happy for the opportunity to continue learning, leading and serving!” SUNY’s four-member charter school committee voted unanimously in favor of the new schools at the meeting, repeating action originally taken in October. The second vote was required under a provision that gave another state policy group, the Board of Regents, the right to call for reconsideration. Some local parents already are making plans to transfer children out of traditional schools.

Saymone Nixon, a Wyandanch resident and mother of two school-age children, said “opening the charter school will be better for the kids out here.” Nixon, interviewed by phone before the meeting, is among more than 130 Wyandanch parents supporting the Academy proposal. She said she was especially impressed by the extra services promised by the new school, including extended school days, from 8 a.m. to 4 p.m., together with after-school programs and Saturday instruction.

But some education officials have suggested that opening a local charter school, which charges districts tuition fees for students it recruits, could threaten the Wyandanch district’s newfound economic stability. State education officials who report to the Regents have noted that the district was assigned a state fiscal monitor in April 2020, and that the school system since has balanced budgets that previously ran in the red. “The SUNY trustees may choose to ignore these compelling voices, but they cannot silence them,” said Andy Pallotta, president of the New York State United Teachers union, in a statement issued Tuesday. “Our advocacy in Albany for charter school law reforms, including the authorization and approval process, continues.”

The influential union represents more than 600,000 teachers and other school employees statewide, including on Long Island. One new legislative proposal backed by the union would grant the state Regents board greater approval authority over all proposed and renewed charter schools. The measure was introduced in Albany Monday by State Sen. John Liu (D-Queens).

Currently, approval authority is shared by SUNY trustees and the Regents. Further expansion of the Central Islip and Wyandanch schools could be approved later. For example, an existing charter school in Hempstead run by the Academy organization began with primary grades in 2009 and since has grown to a full-fledged K-12 system with more than 1,700 students. SUNY officials noted approvingly that the Hempstead charter school academically outperforms the traditional school system where it is located.