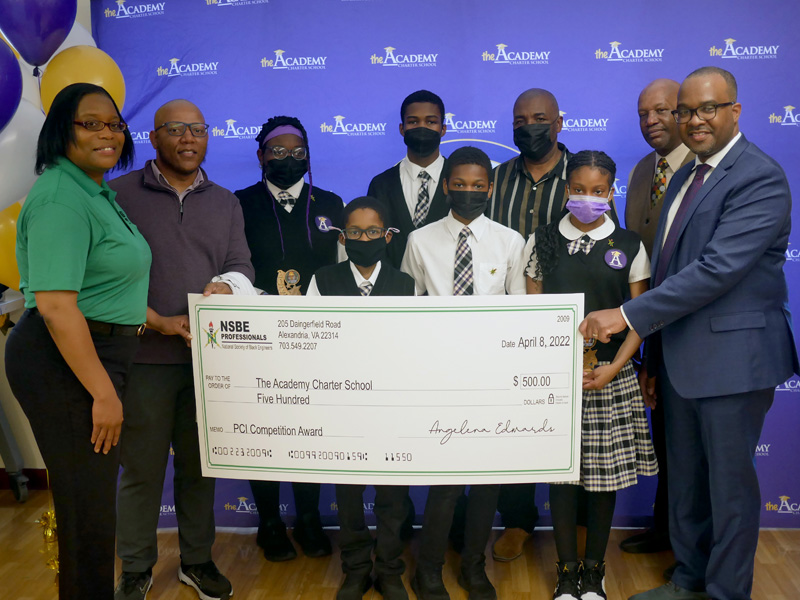 The future is bright for the Academy’s young engineers in training. Scholars at the Academy Charter Middle School in Hempstead finished 1st place in the Region I – NSBE Explorers PCI Competition. The team was recognized for their hard work with trophies and a cash prize to the club. The scholars who participated in the National Society for Black Engineers (NSBE) Science Research competition are led by Mr. Edwards and Mr. Clarke. Students: Ashley Chinnis, Jeremy McKenzie, Joshua Buckley, Ceara Bentley, and Ryan Laidlaw. The scholars received individual trophies and a $500 check was awarded to the school in support of future STEM endeavors.